Prisoners of Geography by Tim Marshall

Have you ever wondered how geography influences the global geopolitical order? If you’d like to better understand the situation of Crimea or Tibet, Tim Marshall’s book is a great way to start!

This is yet another book recommended by Derek Sivers, founder of CD Baby. Other recommendations included “Atomic Habits”, “Sapiens”, and " Thinking, Fast and Slow."

I had a free weekend, so I was able to go over the book.

Ok, now the book. I found it very light, chill reading. Due to the chapters structure, you can easily pick it anytime, dig into one and have a nice evening. Almost like… longer blog post ;). As for the content, I have a little mixed feelings. For the chapters I knew some, I found the information a little shallow. At the same time I realized for the ones where I knew not too much, it was very intersting read. So overall I’d say recommended :D.
The surpising thing I learned is how much of the conflicts right now steams from the past where there were new borders created artifically by the winners (for example of WW2) that didn’t really care about cultural and historical basis of these borders.
There were a couple of interesting tidbits of information, that makes me look at the map slighltly different now (and they are probably basic for anyone interested in politics, but for me who usually avoid it, there were new), for example Tibet as main source of water, or Arctic melting caps on income of Panama.

Thanks for you review, @SmilingMonkey!

I knew next to nothing about geopolicitcs before reading that book. Heck, I didn’t even know what “geopolictics” means!

It’s been a great source of information about our past, our possible future, and the way the shape of our world takes in it.

BTW, it also has one of the best conclusions I’ve read recently! 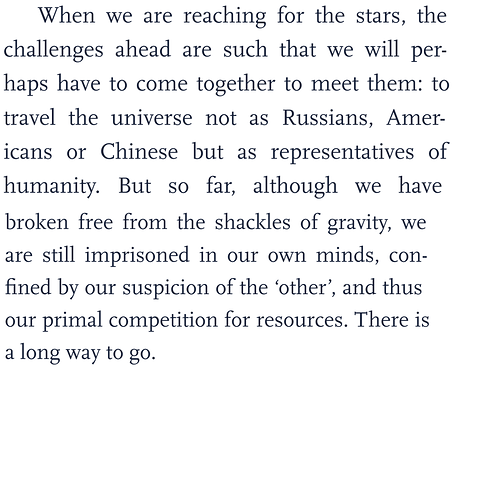